May 7-11
IXL is Your friend...Practice using this website...
Modal Auxiliaries  And Relative Pronouns and Adverbs

Helping verbs or auxiliary verbs such as will, shall, may, might, can, could, must, ought to, should, would, used to, need are used in conjunction with main verbs to express shades of time and mood. The combination of helping verbs with main verbs creates what are called verb phrases or verb strings. In the following sentence, "will have been" are helping or auxiliary verbs and "studying" is the main verb; the whole verb string is underlined:

Shall, will and forms of have, do and be combine with main verbs to indicate time and voice. As auxiliaries, the verbs be, have and do can change form to indicate changes in subject and time. 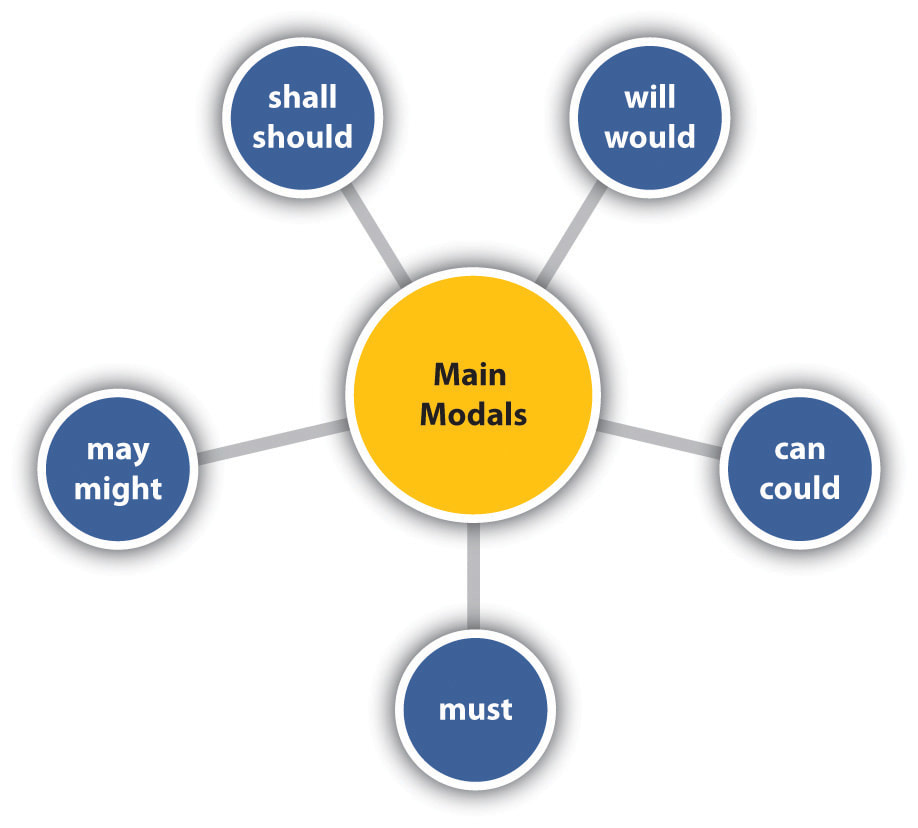 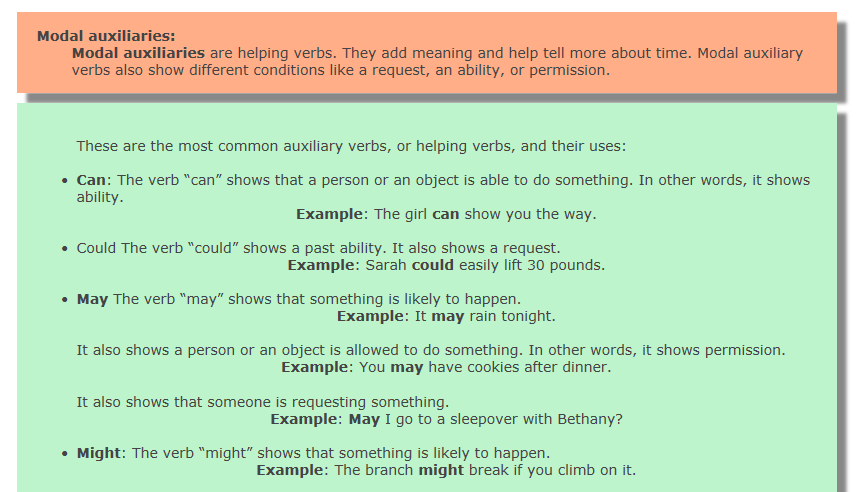 https://www.ixl.com/ela/grade-4/use-the-correct-modal-verb
http://4thgradeela.weebly.com/modal-auxiliaries.html
http://www.softschools.com/examples/grammar/modal_auxiliary_verbs_examples/64/
http://www.learningfarm.com/web/practicePassThrough.cfm?TopicID=1694
Adjectives and Adjective order
Take a look at the adjective tab and adjective order tab under the language arts -Grammar to get a head start

How would you describe yourself? Would you say you are smart or funny? Is your room messy or neat? Whenever you describe something, you use adjectives. This week we will learn what adjectives are and how to use them.What Are Adjectives? Adjectives are words that are used to describe nouns. Remember that a noun is a person, place, thing, or idea.
Whenever we are speaking or writing, we want to be as descriptive as possible. Being descriptive helps the reader or listener get a better idea about what you are trying to describe. You want your audience to get the clearest picture of what you are describing.
If I say 'I saw a dog,' what picture do you see in your head? Depending on your experience, you may see a spotted dog, a small black dog or a gray shaggy one. I didn't provide you enough adjectives to give you a clear picture.
Now, if I say 'I saw a big, wet, sad, shaggy, black and white dog,' do you get a better picture in your head? Of course you do, because I used adjectives to make it clearer.
Adjectives Describe NounsDo you know your five senses? They are sight, sound, touch, smell, and taste. If you think about those five senses when you are describing a noun, you will be thinking of adjectives.
You can use your senses to come up with better ways to describe things. Let's take an apple for example. How do apples look? Apples can be round and red. How do apples feel? Apples can be smooth, slippery, shiny, cold, hard, bumpy, or waxy. They can taste sweet or sour, and they can smell fruity or earthy.
All those words used to describe an apple are adjectives, and they all give you a clearer picture of the apple you want your audience to see.