ELAGSE4L4: Determine or clarify the meaning of unknown and multiple-meaning words and phrases based on grade 4 reading and content, choosing flexibly from a range of strategies.
b. Use common, grade-appropriate Greek and Latin affixes and roots as clues to the meaning of a word (e.g., telegraph, photograph, autograph).
Many English words are formed by adding prefixes and suffixes to a root word. Prefixes, suffixes, and roots often come from Latin and Greek.
Roots:  the root of a word is the basic meaning before a prefix or suffix is added to it.

Prefix: A word part that is added to the beginning of a word change its meaning.
For Example: The prefix un- non-and dis- mean "not" or the opposite of."
dis + trust = distrust
non + sense = nonsense
un + covered = uncovered

Suffix: is a word part added to the end of the word to change its meaning.
-ly means "in a certain way" nicely = in a nice way
-less means "without" breathless =without breath
-ness means the "state of being"  sickness= the state of being sick
-ful means "full of" helpful=full of help 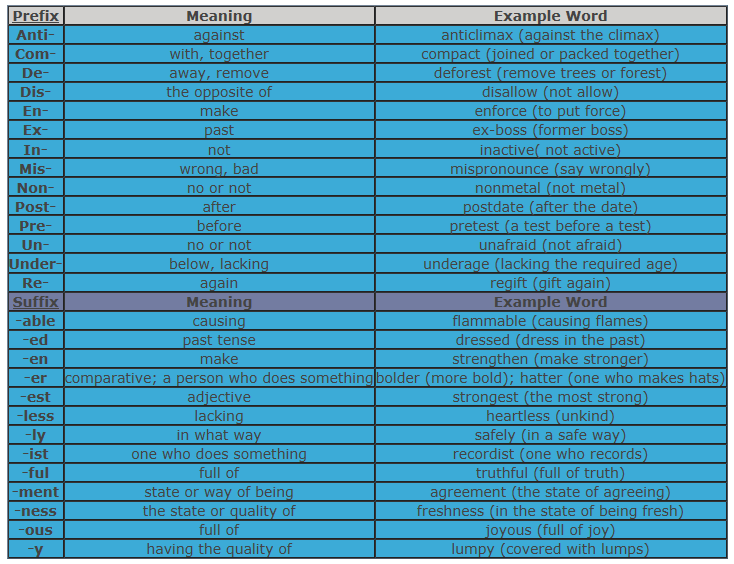