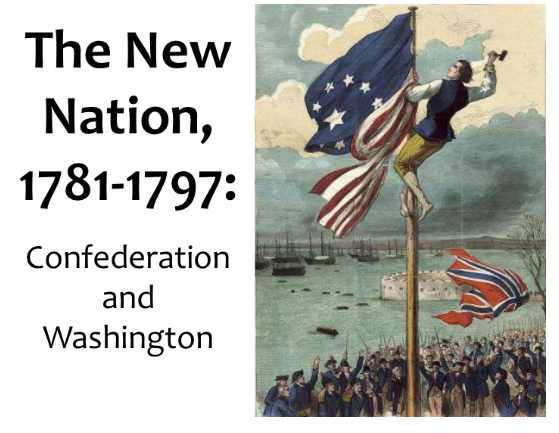 Challenges of a New Nation

SS4CG1 Describe the meaning of:
b. "We the People" from the Preamble to the U.S. Constitution as a reflection of consent of the governed or popular sovereignty
c. The federal system of government in the U.S. (federal powers, state powers, and shared powers)
d. Representative democracy/republic

SS4CG2 Explain the importance of freedoms guaranteed by the First Amendment to the U.S. Constitution. 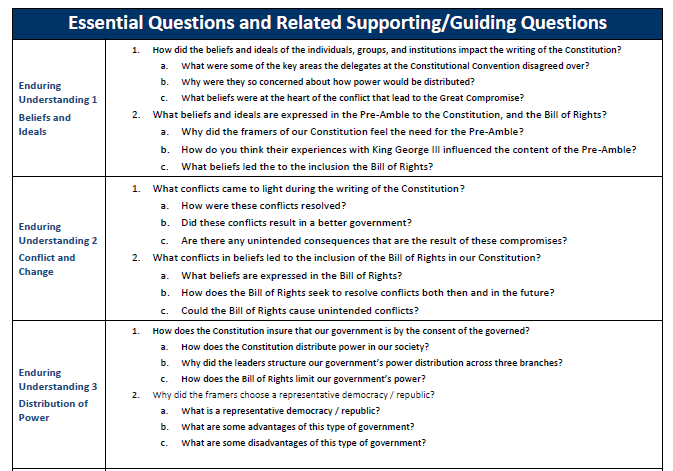 https://www.youtube.com/watch?v=kCCmuftyj8A
The Constitution is the framework for the federal government of the United States. It is the highest form of law in the country. The Constitution creates the branches of government and gives them the power to govern. However, it also protects the citizens of the United States and guarantees their basic rights.

History of the Constitution

The first Constitution was called the Articles of Confederation, which was ratified in 1781. The Articles of Confederation had issues, however. The main issue was that the government had no money or way to get money under the Articles. The army wasn't being paid and was deserting. Debts to foreign countries weren't being paid. The government became too weak and a new constitution was needed.

In May of 1787 the Constitutional Convention gathered to discuss changes to the Articles of the Confederation. After some debate it became apparent to the representatives that a new Constitution was needed. A lot of the debate was held in secret so that the delegates would feel free to speak their minds.


Constitution of the United States
from the National Archives
A primary aim of the Constitution was to create a government that would be powerful enough to run the country, but would not impose on people's or state's rights. To avoid too much power being held by one person or group, they created the Balance of Power between the three branches of government: Executive, Legislative, and Judicial.

There were two primary competing plans for the Constitution:

Virginia Plan - The Virginia plan was written by James Madison. It represented the desires of the larger states and said that the number of representatives to Congress should be based on the state's population.

New Jersey Plan - The New Jersey plan was written by William Paterson from New Jersey. It represented the smaller states and said that each state should have the same number of representatives.

In the end, an agreement was reached called The Great Compromise. This allowed the number of representatives to the House be based on the state's population while each state would have two representatives in the Senate.

Articles of the Constitution

The Constitution is organized into seven articles:
Ratification

Preamble to the Constitution

"We the People of the United States, in Order to form a more perfect Union, establish Justice, insure domestic Tranquility, provide for the common defense, promote the general Welfare, and secure the Blessings of Liberty to ourselves and our Posterity, do ordain and establish this Constitution for the United States of America."

TEN AMENDMENTS GAME Play them all to show how much you know:
http://www.allthetests.com/quiz30/quiz/1349194204/10-Amendments

Chapter 9:
What you need to know
Explain the meaning of Naturals Rights life, liberty and the Pursuit of Happiness
What are the Articles of Confederation, why didn't they work, and what else was needed?
What was the Virginia Plan?
What was the New Jersey Plan?
What was the Great Compromise ?
Who were James Madison, George Washington, and Benjamin Franklin and how did they influence the Constitutional Convention?
What was the Three-Fifths Rule?
Why did we need a Bill of Rights and what are they?
Preamble...and what does it mean?
What is the Federal System of Government?
What are checks and balances?